Everything I’ve Added or Changed on my M1 MacBook Air So Far, Hardware and Software 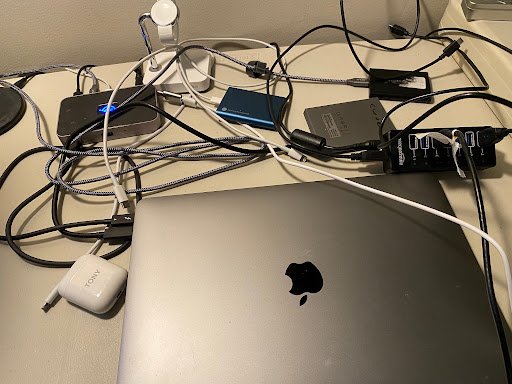 Everything I’ve Added or Changed on my M1 MacBook Air So Far, Hardware and Software Pimping out my ride Anthony Lawrence Photo by author — Mac accessories Yes, I know that my desk is a mess. I have excuses and have detailed those in another story you’d easily be able to find if you must know why I have offended social norms by keeping my workspace in such disarray. Hardware Some of the things you see on my desk were inherited from my Intel Mac Mini. The USB-C to USB-A hub from Amazon came from there along with the three external drives. The OWC dock is new and I did talk about that at the same time I explained my messy desk. Two of the drives are for local Time Machine backups. Time Machine automatically switches between them; if your system is set to backup every hour, it will use a different drive every hour. These drives are plugged into two of the USB-C ports on the OWC dock. I plug that dock in every morning and leave it long enough for both drives to complete their backups. I t
Post a Comment
Read more 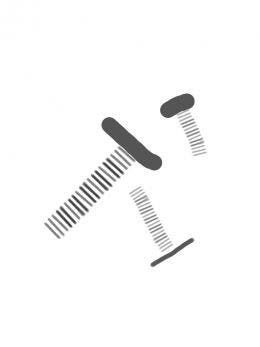 Don’t Lose Your Precious and Irreplaceable Dingbat Bolts Like I did I thought they were safe, but they were not! Anthony Lawrence WRITING Image by author These are my ding-bat bolts, or at least one style. These bolts were slightly curved and deliberately made to cross-thread instantly. I offered them for sale in a story I wrote many years ago. As you might expect, sales were dismal, but as most readers assumed that my fledgling internet business was a humor piece, I did make some money from the effort. The story and all of its images but one are lost. Vanished, seemingly without a trace. None of it is in my backups, none of it is in the Internet Archives, I have no hard copies, no PDFs, nada. Deep Backup This is deeply frustrating because I do make and keep deep backups. Deep, deep, and deeper! I have access to Internet stories I wrote as early as 1994. Many are from writing sites long since defunct, but I have my stories! I have them, dammit! But I do not have my Dingbat Bolts or i
Post a Comment
Read more

Apple’s New Business Essentials Program Is More than You May Think And Apple has been preparing this for a long time Apple recently announced a new “Business Essentials” product for small businesses. It’s available for free as a beta right now, but final pricing will be from $2.99 to $12.99 monthly per user. That pricing doesn’t include AppleCare support, which they say will be available later. So what is it? Basically, it’s an MDM (Mobile Device Management). Apple bought Fleetsmith, an MDM company, in 2020 and it seems that Fleetsmith software is the base of this offering. What’s an MDM? If you have used Screentime for yourself or a child, that is a limited form of MDM. Screentime inherited some of its features from the Parental Controls feature that Apple introduced in 2009, so Apple is no stranger to this technology. Both allow control of a device, limiting the software used, settings changes, and little more. A full MDM extends those features and provides central management. Appl
Post a Comment
Read more 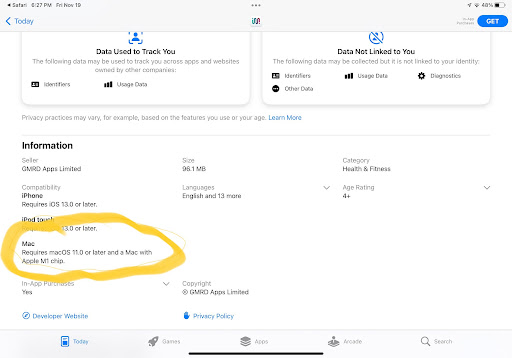 Apple Sent Out an Ad for Apps That Some People Can’t Run And that really upset someone in my family Anthony Lawrence Screenshot of a “Requires M1 chip” app If you’ve allowed Apple to send you email about new products and services, you may have seen a recent email with the subject “Apps to improve your day”. The email listed several apps and invited you to check them out in the App Store. Screenshot by author Someone in my family was attracted by the “Impulse” app and decided to download it. Unfortunately, he cannot, as his Mac is a 2020 iMac — an Intel Mac — and the Impulse app needs an M1 architecture. He felt that Apple was baiting him to upgrade. I suppose that’s somewhat true. Apple would always like you to upgrade, but in this case, I think the ad was doing what it appeared to be doing: telling you about some IOS and Mac apps you might be interested in. Unfortunately, some of those apps cannot run on Intel. My initial reaction was that there cannot be many apps that require M1.
Post a Comment
Read more 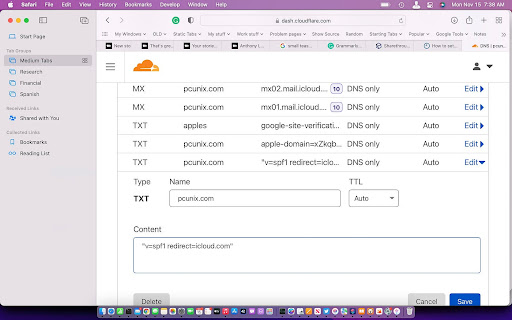 Let’s Take All the Geek Talk out of Setting up an iCloud+ Email Domain This is not as confusing as it looks and I’m here to help! Anthony Lawrence EMAIL Screenshot by author Apple is now offering simple and just about free (see below) email forwarding from up to five email domains. Unfortunately, Apple and all of the usual tech ‘splainers I looked at have done a poor job of helping the uninitiated in setting this up. I think I know why. In the olden days, when the web was new, even just getting a domain of your own could be a somewhat daunting process and setting up DNS records for that was much worse. Since then, the process has become as close to blind clicking as it can be, but new things like “spf” and “dkim” have arrived to glower threateningly at those who want to set up email on their new domains. I suspect that many of the tech folk who might write about this only remember how confusing this all used to be and do not realize there are plenty of left over hurdles for the non-t
Post a Comment
Read more

Apple Rumored to Make 3nm Four Die CPU’s — Whatever The Heck That Means! 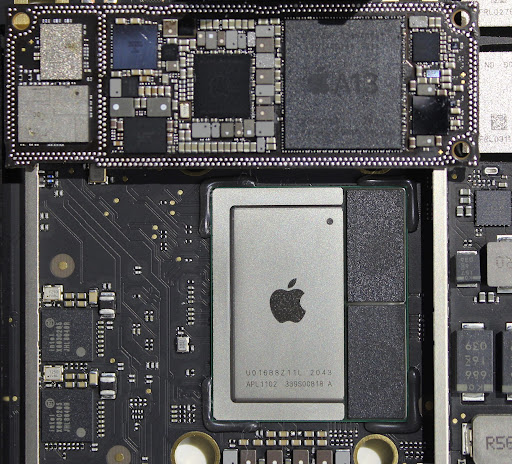 Apple Rumored to Make 3nm Four Die CPU’s — Whatever The Heck That Means! Just kidding, I do know what it means — probably Anthony Lawrence MacMini M1 logic board compared with A13 SOC on an iPhone 11   By Sonic8400 — Own work, CC BY-SA 4.0 A number of tech news outlets have reported that Apple is working on 3nm chips for 2022 that may use as many as four dies, which could mean 40 CPU cores. As Intel isn’t planning 3nm chips until later, this is a coup for Apple. Not anything most of us would ever need, is it? Still, what does this mean to ordinary folks? Nanometers That’s the density of the transistors on the chip. Lower numbers, more transistors. The transistors make hardware decisions: this circuit has high voltage, that circuit doesn’t, so I’ll let current flow to that other place. Putting logic like that into more complicated arrangements lets the computer do math and more. More transistors, more power. Dies A die is what puts all those transistors together. A die might have one
Post a Comment
Read more

You Might Be Using Your iPhone’s Camera Sort of Wrong and Not Even Know it I’ve seen many people do this Anthony Lawrence Photo by author No, I’m not an iPhone camera expert. I wouldn’t presume to tell you how to take pictures with your phone — or with any camera at all. Oh, sure, I know enough to get by, but that’s about it. No, this is about something I often saw people do when I worked as a salesperson at the Apple store. Open your photos A customer might ask me a question about putting some photos into a shared album. I’d ask them to open up Photos so that I could show them and what so many would do is click on their camera app and then click on the last photo they had taken — the thing I’ve circled in the photo above. That will bring you to your photos. You can scroll through them, edit them, and even add them to a shared album, so that’s okay. There’s nothing you can’t do this way except easily select multiple photos at once. As selecting multiple photos was usually what they w
Post a Comment
Read more
More posts