Showing posts from October, 2021
Show all

Yes, You Really Can Learn to Code and It Won’t Hurt Your Brain Very Much At All 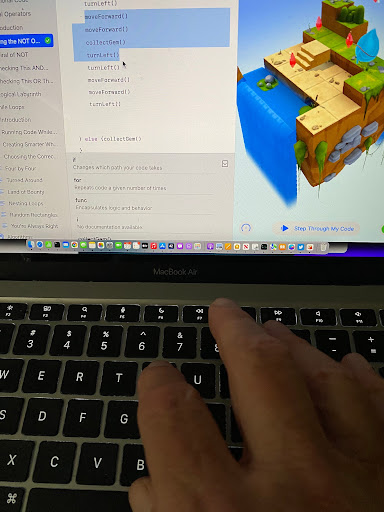 Yes, You Really Can Learn to Code and It Won’t Hurt Your Brain Very Much At All But no, this probably won’t get you a programming job Anthony Lawrence Photo by Author I think it’s unfortunate that so many people see writing computer code as something ordinary mortals cannot comprehend. They think that coding is the exclusive domain of geniuses, that ordinary people might as well bang their head against a brick wall because that would hurt less than learning to code. Actually, it’s much worse than that. Some people can be professional programmers. Some of us can be physicists, NFL quarterbacks, Michelin chefs, prize winning authors, and so on. Most of us have less lofty ambitions because our innate blessings were more like corner diner leftovers than a gourmet feast. Some people say that we all have a special talent. Sure, if that makes you happy. Mine is knowing happy talk when I hear it. But people who aren’t NBA stars can lob a basketball toward the net and even hit it now and then
Post a Comment
Read more

What If We Had a Folding Phone That Didn’t Fold? 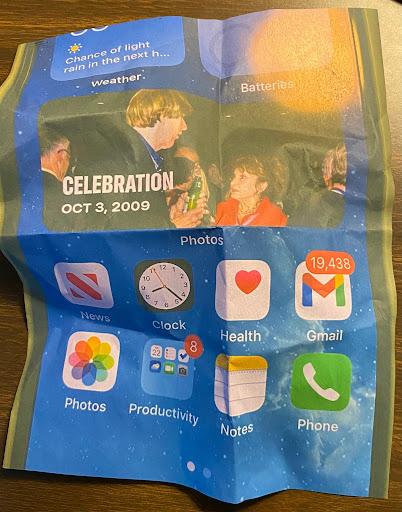 What If We Had a Folding Phone That Didn’t Fold? Because I think a folding phone is kinda dumb Anthony Lawrence TECHNOLOGY “Folded iPhone” Photo by author It seems that Samsung has pretty much solved all its folding problems, so the rumor mongers expect that Apple will soon follow. Gawd, I hope not! Well, I guess as a stockholder, sure, some people want folding phones and are willing to pay dearly for the privilege of finding an excuse to unfold it in front of their jealous/fawning friends, so okay: make a folding iPhone, charge a lot of money for it, and I’ll collect the (literal) dividends. But man-o-man that whole concept makes me draw a very deep breath in preparation for saying something very offensive. It’s not the money. It doesn’t need eff-you money now and they will get even cheaper. Not so cheap for Apple’s take because you know whatever they sell is still going to be pricey-pricey. Bigger! It’s not that I dislike large screens. If my iPhone could look like an iPad and stil
Post a Comment
Read more

What Was Apple Thinking When They Decided to Offer a $4.99 Apple Music Subscription? 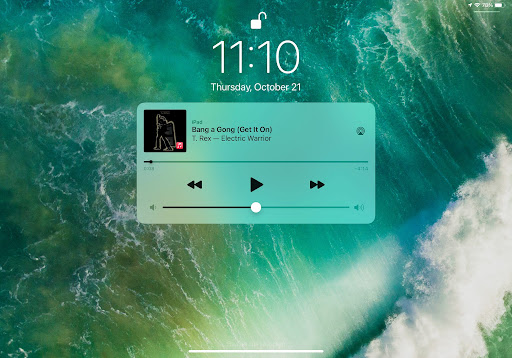 What Was Apple Thinking When They Decided to Offer a $4.99 Apple Music Subscription? Anthony Lawrence Marketing Maybe rethink that one? Screenshot by Author Part of Apple’s October 2021 announcements was that they are now offering a $4.99/ month Apple Music subscription. That’s cheap, but there’s a big catch: it’s voice only. It took me a beat to realize that they meant Siri only. That is, with this subscription you can’t browse Apple Music or search by typing in songs or artists; you’d have to ask Siri to play what you want. Plainly this is intended to help sell HomePod Minis, though Apple didn’t say that you couldn’t use it with your phone or iPad. $4.99 is a lot less than the ten or fifteen bucks most people pay Apple or Spotify. There’s another catch too: the $4.99 subscription doesn’t get you   spatial audio, lossless, playlists, and more . My instantaneous reaction was “Good luck, you’ll need it!” I have read too many stories of people who were frustrated when trying to ask for
Post a Comment
Read more

How Close Are We to Peak CPU and What Does That Mean for Apple and Microsoft? How Close Are We to Peak CPU and What Does That Mean for Apple and Microsoft? The power of the new Apple chips is far more than most of us need — or is it? Anthony Lawrence Photo by author I imagine that a few people at Microsoft and Intel watched Apple’s presentation on the M1 Max and M1 Pro CPUs with sinking stomachs. Both the spiel and the specs felt like one sledgehammer blow after another. A headline at the very geeky Anandtech site read   “Apple Announces M1 Pro & M1 Max: Giant New Arm SoCs with All-Out Performance”   and Rene Ritchie’s Youtube review called it a “Game Changer!” and said, “These are monsters!” So, extremely fast CPUs with low power consumption. Someone else remarked “This kills the Surface Pro”. Does it? Does it even threaten the PC market? I don’t know. Certainly, if you want that much power.How many of us need that? I certainly do not; I don’t even need the power of the M1 MacBook Air I’m typing on right now, though that’s the lowest power computer curren
Post a Comment
Read more

You Shouldn’t Turn on Wi-Fi Calling When You Have “Wi-Fi Sensitivity”, Whatever That Is 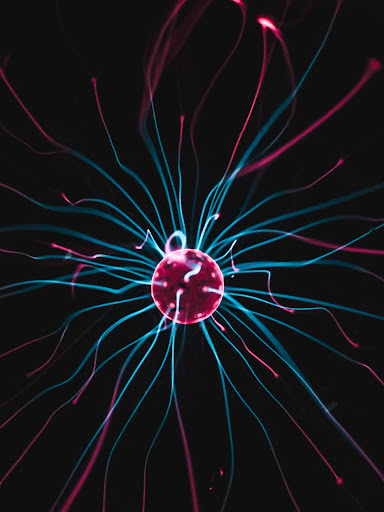 You Shouldn’t Turn on Wi-Fi Calling When You Have “Wi-Fi Sensitivity”, Whatever That Is Electromagnetic Hypersensitivity outside of “Just Call Saul” Anthony Lawrence Photo by   Karlis Reimanis   on   Unsplash Some people think that they “feel” Wi-Fi signals. They don’t; double blind tests have shown that these folks have no idea if Wi-Fi is on or off. Their guesses are no better than random chance. That doesn’t mean they are making it up. They might be unconsciously reacting to flickering fluorescent lights, noises slightly above or below what their brain notices, faint odors, or just too much of the every day stress that most of us have. It’s just not Wi-Fi that is doing it. Does it matter? Something is making them uncomfortable and they think it’s Wi-Fi or electricity in general. They are losing convenience in their lives, but that’s their business. At an Apple Store I worked at an Apple retail store for a bit after I retired. I sometimes had customers tell me things like that. I j
Post a Comment
Read more

Explaining How the Internet Works Without Giving You a Big Headache, Making You Sad, or Yelling at You 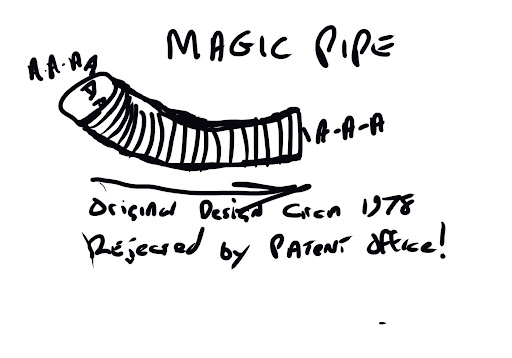 Explaining How the Internet Works Without Giving You a Big Headache, Making You Sad, or Yelling at You Now listen up before I get angry! Anthony Lawrence Drawing by author This was originally at my old business site (without the joking) and has been extensively updated for publication here. I once had to explain TCP/IP to a non-technical person. What follows is basically what I came up with, though it doesn’t have any of the hand waving, pointing or any of the other dramatic gestures and facial expressions I used to fill in the gaps. Think about the early telegraphs an d   Morse code. Press the telegraph key in the right pattern and that means the letter “A” to the person at the other end of the line. Morse code is just patterns of “on” and “off”. And sore fingers. Technically speaking, that’s arguable. Morse code is digital, but it has five elements so it isn’t just “on” and “off”. But it can be represented digitally, so you can argue that side too. It doesn’t matter anyway. The int
Post a Comment
Read more

Why You Should Never, Ever Send Word Attachments to a Mailing list and Why Any Attachment Can Bite You Why You Should Never, Ever Send Word Attachments to a Mailing list and Why Any Attachment Can Bite You With no offense to Microsoft intended Anthony Lawrence Photo by   Microsoft Edge   on   Unsplash Microsoft Word probably is the most used Word processor in the world. I haven’t looked at evidence, but I bet nothing else comes close. It comes “free” (sort of) with some computers and most businesses use nothing else. By the way, I noticed recently that Microsoft offers a heck of a good deal for personal use: Microsoft 365 Family offers multi-platform (desktop, laptop, tablet, and phone) Word, Excel, and Powerpoint for $99 a year. It includes 6 licenses and gives a full terabyte of cloud storage to each license. That’s an extremely good deal if you need those apps or that storage. Yet many of us do not need Word and probably shouldn’t use it. Word is a high powered tool with many, many features. You don’t need it to type up a note for the refrigerator or to tuck into a birthday card. F
Post a Comment
Read more

It Hurts My Teeth When You Say Backslash 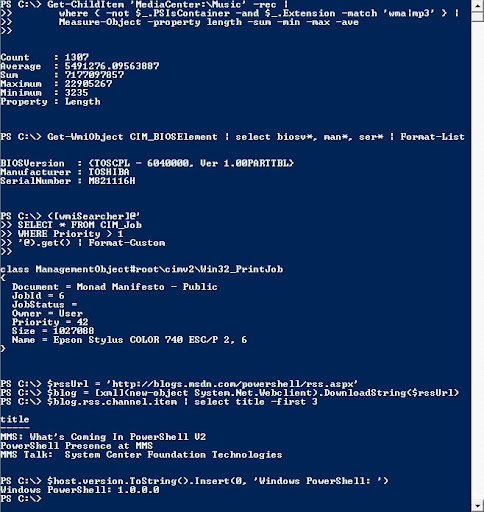 It Hurts My Teeth When You Say Backslash How are your floppy disks holding up? Anthony Lawrence HISTORY Microsoft Corporation, Public domain, via Wikimedia Commons See that “C:\” in the screenshot? That “\” is a backslash. The “/”’s in “http://somewhere.com/whatever.html” are slashes, not backslashes. That’s all you need to know. You may stop reading now and go about your business. But I’m going to stay here rant on for a while because I still sometimes hear people say “h t t p colon backslash backslash” and it hurts me. It makes me grit my teeth and I’m going to tell you why. Some of this is taken from my 2008 “Linux and Unix Troubleshooting” book which has been on Amazon for many a year but they are going to kill it soon because, duh, who cares in 2021? Slashes: some history Way back in the beginning, just after the dinosaurs all died, Microsoft DOS didn’t have sub-directories. You could put files on a disk (usually on a floppy, because hard drives were very expensive back then), b
Post a Comment
Read more
More posts